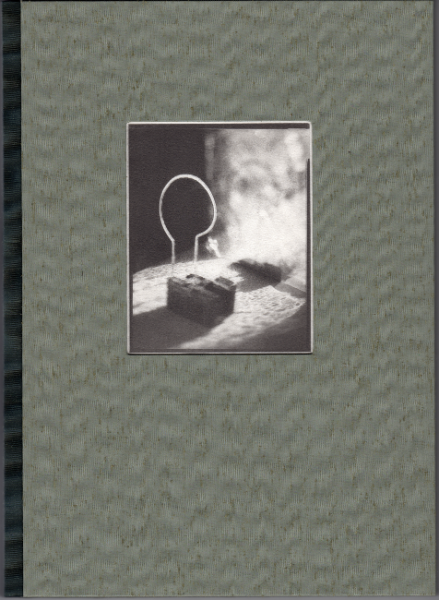 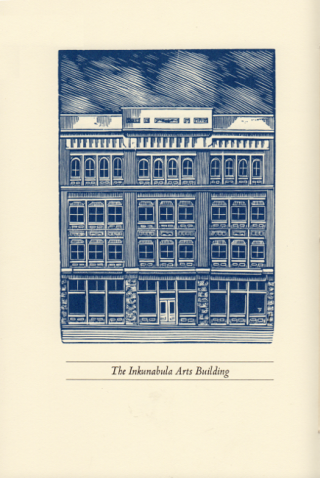 The eminent and prolific bookbinder Gregor Campbell, Campbell-Logan Bindery, was my landlord for nearly five years, 1984-1989, and he remains a fast friend today. Back then I was adrift, having just come off a divorce, but the stars were aligned as Greg had a large loft for rent in his bindery warehouse in downtown Minneapolis. I moved in on the fourth floor and brought my business along with me. Some of my older readers will remember the space, and how suitable it was for a young bookseller at the time. The building, at 212 N. Second St., a.k.a. the Inkunabula Arts Building, was sold this year, prompting our purchase of Greg’s library, and cataloguing the books this past spring and summer brought back many unexpected and happy memories. Much of this story is recounted in the 2017 issue of Matrix so I won’t rehash too much of it here.

An astonishing whirlpool of bookish talent swirled around 212 for as long as Greg owned the building. Gerry Lange of the Bieler Press lived across the hall from me, and his apprentice Emily Mason, later Emily Mason Strayer of the Kutenai Press was often on the premises. Steve Clay of Granary Books had space on three before his removal to Manhattan. Michael Tarachow of the Pentagram Press also had space on three, and when he moved out Phil Gallo, the Hermetic Press, moved his equipment in, and later became a tenant himself on four. The printmaker and book artist Dave Rathman also lived there for a few years, as did the illustrator Randy Scholes. Amanda Degener and Bridgett O’Malley set up Cave Paper in the basement. Many others were in and out: Gaylord Schanilec, Chip Schilling, Emerson Wulling, the bookseller Steve Anderson, the printer Les Metz, the binder Jill Jevne, the publisher Jim Thueson, the type founder Norm Fritzberg, and so on, seemingly ad infinitum. Many of these names and their work appear in the pages that follow.

Among Greg’s many customers were Henry Morris at Bird & Bull, Harry Duncan at Abattoir and Cummington, and Neil Shaver at Yellow Barn, not to mention the myriad aforesaid local crowd, those with Ampersand Club and/or Minnesota Center for Book Arts credentials. Greg also counted Paul Hayden Duensing, Carol Blinn, W. Thomas Taylor, Leonard Bahr, Robin Price, and John DePol among his friends, and consequently this catalogue contains much of their work as well. Many items have a special and warm association connected to them.

A number of the limited editions herein have necessarily been described as “out of series” — meaning, of course, that the specific copy falls outside the numbering sequence. Out of series does not mean the books are defective, or unsigned necessarily; in those cases we’ve made the shortcomings known. And even if a particular book is described as being out of series it is often identified as a “binder’s copy” or “binder’s proof,” or some such marking indicating its uniqueness in the edition. Many others bear personal inscriptions within.

And, as this is a bookbinder’s library with a smattering of artist books, I will add as a final note that I have long thought the terms “design binding” and “designer binding” sell short the multitalented craftspeople who make them. There’s much more than “design” to the work these artists do, so I have adopted instead the term “artist binding” — the notion being that “artist” better completes the term in a manner appropriate to what’s being created. I’m sure that I’m not about to change the current parlance with this short proposition, but there it is: artist binders create artist bindings. Who’s to say no? Surely not the makers of artist books. 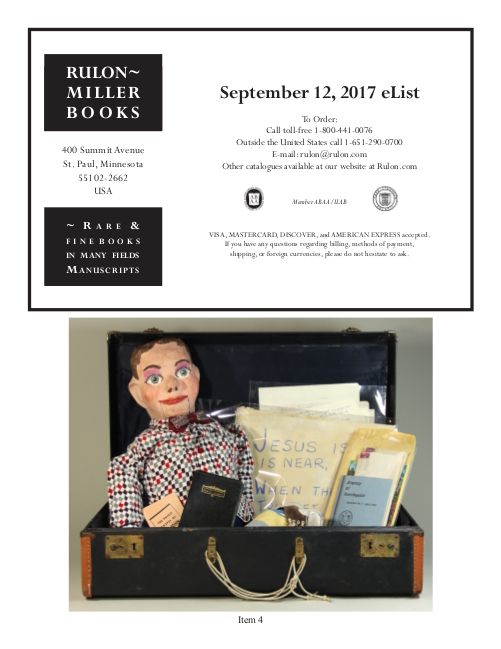 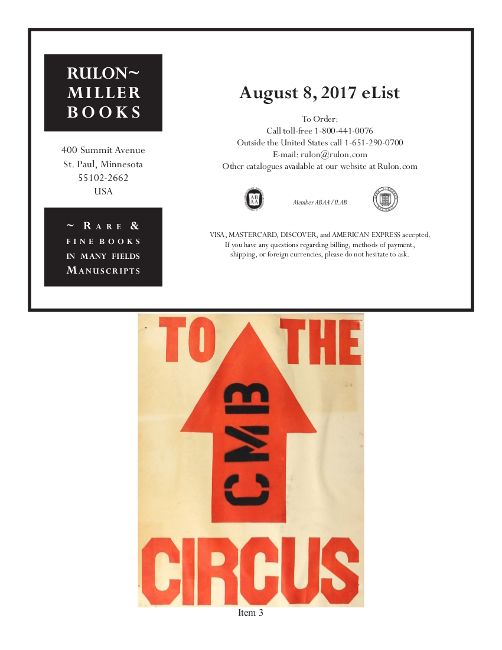 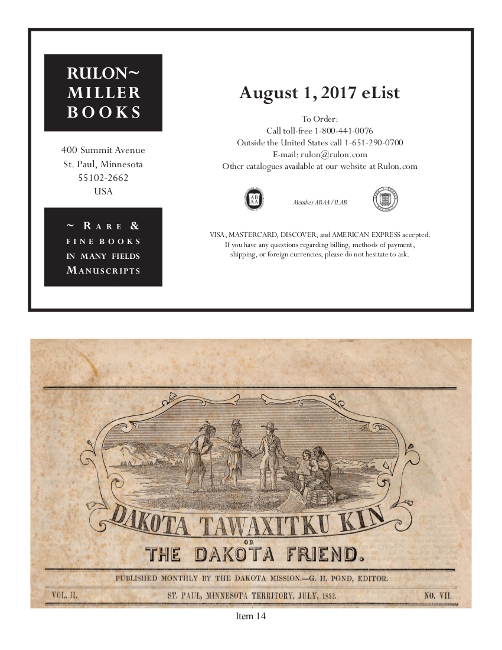 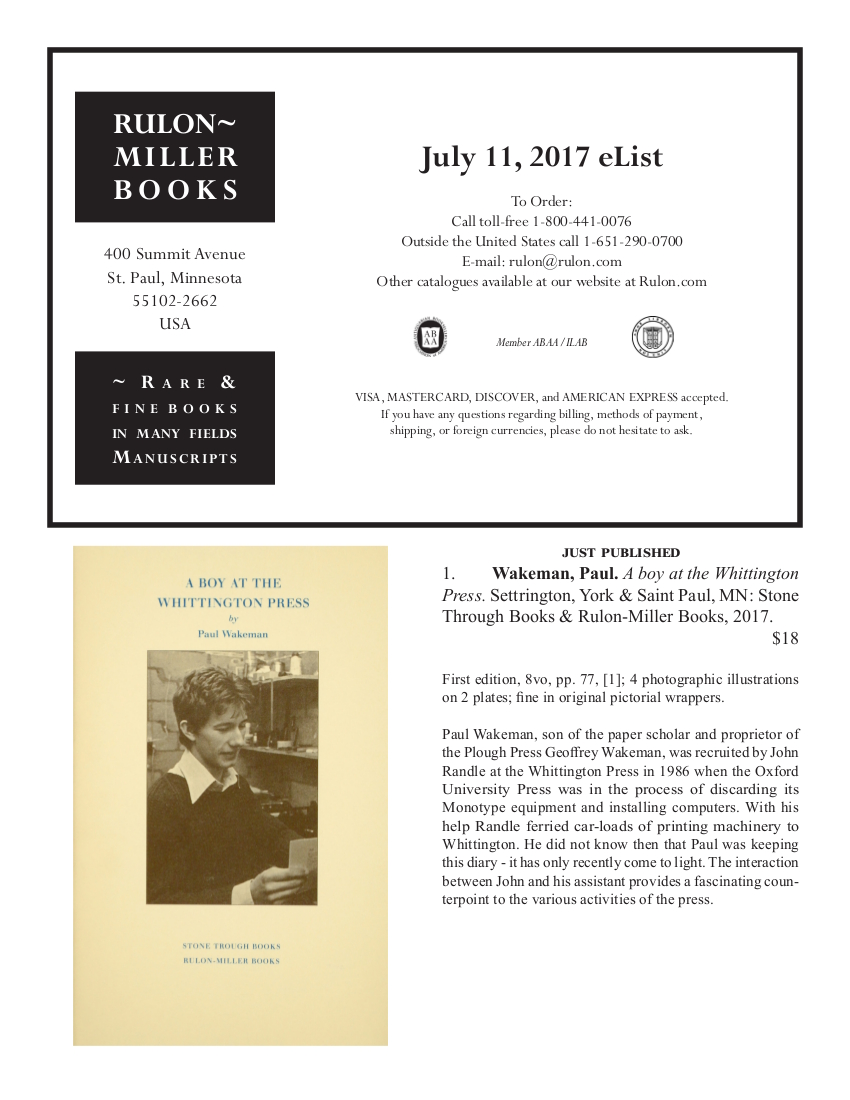 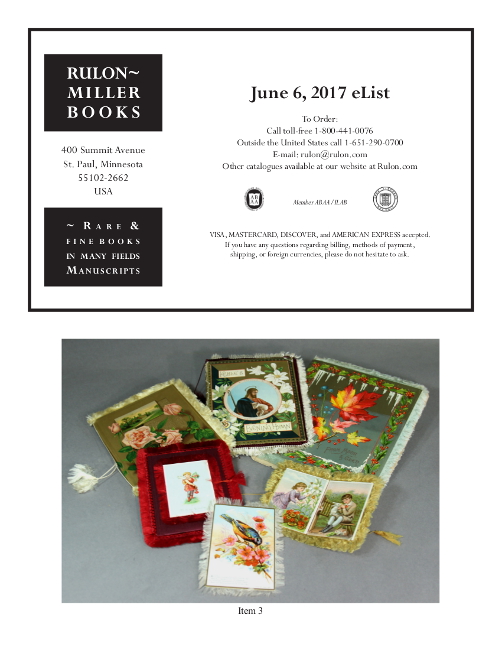